Asker: Why were Hal Jordan and John Stewart so adamant to cut short any discussion on Guy Gardner's induction in the Justice League?
Greg: They're not fond of his... style. - #15704

Asker: When the other Lanterns said "No" regarding Guy Gardner , was it because of his good looks, his chiseled abs, or because they knew his ring-slinging skills would make them obsolete? All of the above is an absolutely acceptable answer.
Greg: I'll stick with "Um."

Asker: During the time skip, has the Justice League issue another recruitment?
Greg: I'm not entirely sure what you mean, but I think it's clear that they've added members, specifically Blue Beetle (Ted Kord, since deceased), Black Lightning, Green Lantern (Guy Gardner ), Zatanna and Rocket. The first three were inducted together sometime during the time skip, the last two were inducted together shortly before the start of Season Two. - #17474 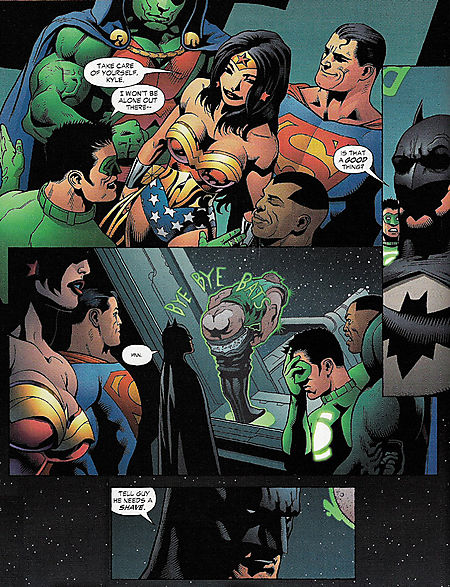