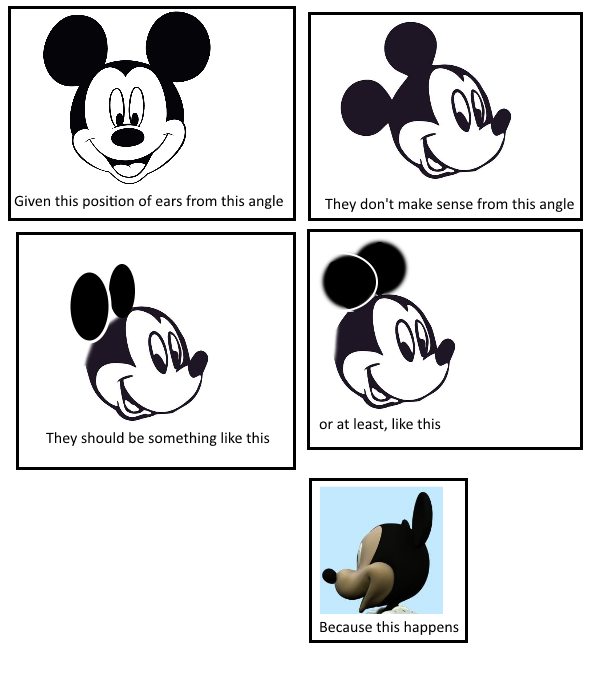 Ub Iwerks designed Mickey's body out of circles in order to make the character simple to animate. Disney employees John Hench and Marc Davis believed that this design was part of Mickey's success as it made him more dynamic and appealing to audiences. Mickey's circular design is most noticeable in his ears, which in traditional animation, always appear circular no matter which way Mickey faces. This made Mickey easily recognizable to audiences and made his ears an unofficial personal trademark. Even today, the rudimentary symbol Mickey Mouse is often used to represent Mickey (see Hidden Mickey). This later created a dilemma for toy creators who had to recreate a three-dimensional Mickey. In animation in the 1940s Mickey's ears were animated in a more realistic perspective.

We did some tests with Mickey without ears that were facing the camera and it just didn’t hold up,” said John Ford, one of the animators at Junction Point, “so we decided to go with the facing ears. We had some really smart programmers write code that would always make sure that, no matter which way Mickey was facing, you would have ears that not only faced the camera correctly but also oriented correctly on his head".

Good drawing is not copying the surface. It has to do with understanding and expression. We don’t want to learn to draw just to end up being imprisoned in showing off our knowledge of joints and muscles. We want to get the kind of reality that a camera can’t get. [...]

Many cartoonists and animators say that the very reason they do cartoons is to get away from realism and the realistic world into the free realms of the imagination. They’ll correctly point out that most cartoon animals don’t look like animals - they’re designs, mental constructs. 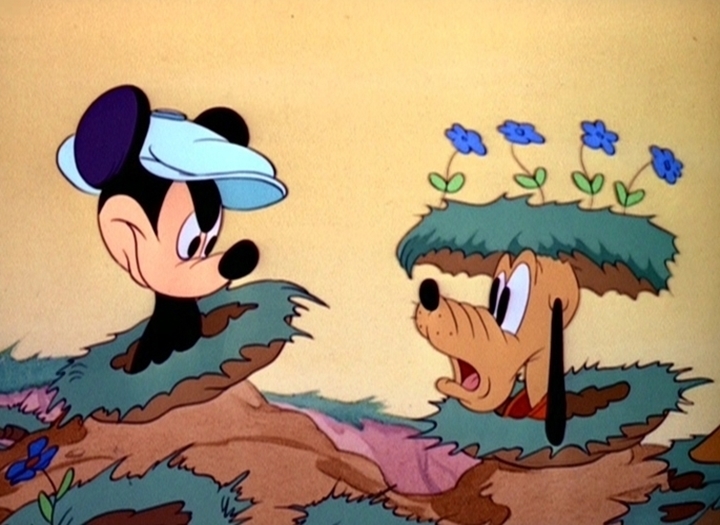