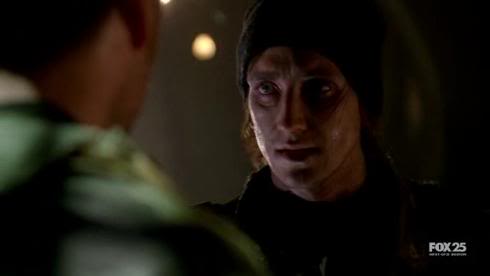 A member of a family long known for their service to the United States, Bedell was a graduate of Presidio Alto Military Academy and attended West Point.Prior to his graduation from the military academy, Bedell was targeted for termination by a Series 888 sent back in time by Skynet. His death was prevented by John Connor and Derek Reese who revealed to him knowledge about Judgment Day, Skynet, and the Resistance

Knowing the fate of the world, Bedell continued his training and became an influential member of the Resistance through his military training. During the war he helped with the creation of weapons and was directly involved in the rescue of members of the captured resistance bunker "Kansas". The prisoner transports were being escorted to Century Work Camp by an Ogre. In an effort to rescue the 40 captured Resistance members (including John Connor and a pinned down Kyle Reese), Bedell sacrificed his life. So far,he is the only person from the new timeline in episode 22 to know John Connor.