Gwynne Watkins (Yahoo Movies): Carrie Fisher, who died suddenly last month, has obviously been on Star Wars fans’ minds. What was your role in creating the Princess Leia scene at the very end?

Matthew Wood: First off, we kind of knew what the script was going to be for that final line, how they wanted to put the button on the whole movie and then connect it right up to New Hope. So I got a call to try to find the original tapes of anything that Carrie had done from ’77. I found the original quarter-inch rolls in an archives box at Lucasfilm, and I just transferred every single take of the “Help me, Obi-Wan Kenobi, you’re my only hope” scene, the hologram scene from the original film. And there were a lot of takes. So I grabbed all that.

The machine that it was played back on doesn’t really exist that much anymore, so I was able to grab the special heads for that and transfer it into Pro Tools and just go through [the takes]. And John Gilroy, who’s the picture editor on the film, and John Swartz, the producer, found a take that they thought really worked for that. So it is an original line from Carrie in 1977. [Producer and effects supervisor] John Knoll’s department had the main challenge of making that scene work visually, and I know that he mentioned that Carrie had seen almost the final project of what we had done there and actually liked it. 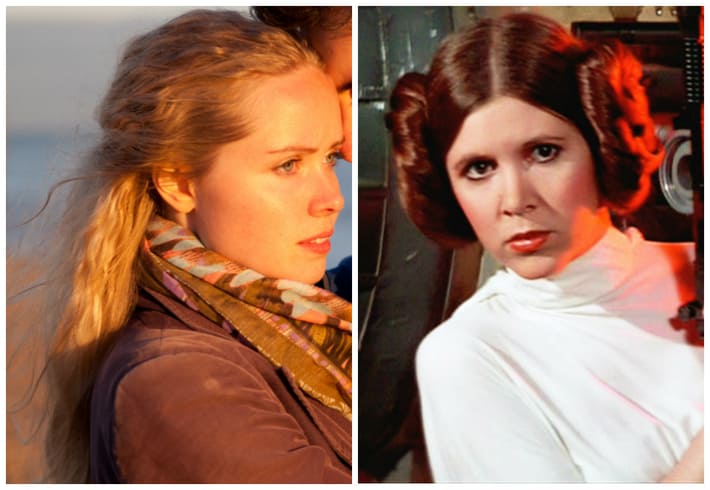 While Deila initially acted in the scene, later in post-production the team from Light and Magic, Lucasfilm's in-house visual effects company, later used archival footage to alter Deila's looks and voice to more accurately match Fisher's. The use of a body double meant that Leia's movements and features looked life-like and convincing.