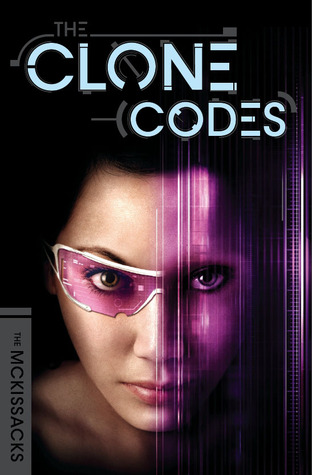 In the year 2170 an underground abolitionist movement fights for the freedom of cyborgs and clones, who are treated no better than slaves

The Cyborg Wars are over and Earth has peacefully prospered for more than one hundred years. Yet sometimes history must repeat itself until humanity learns from its mistakes. In the year 2170, despite technological and political advances, cyborgs and clones are treated no better than slaves, and an underground abolitionist movement is fighting for freedom. Thirteen-year-old Leanna's entire life is thrown into chaos when The World Federation of Nations discovers her mom is part of the radical Liberty Bell Movement.

So Mr. and Mrs. Deberry decided to have twins a clone and a human child. Leanna asked why they didn't tell her that her sister Lindsey was a clone that's when Mrs.Deberry said "No Leanna it's the other way around." Leanna had to let what she was just told sink in,she wanted to find who she was.

Unfortunately, in spite of all that clones have to offer, Leanna’s life hasn’t been all that easy. At the age of three, her whole family was in a farcar crash, and her dad died alongside her twin sister, Lindsay. Only Leanna and her mom survived, and if it weren’t for her mom’s clinic associate and long-time family friend Dr. Anatol Ayala (a.k.a. Doc Doc), she might have died that day too.

When Leanna’s mother is arrested as part of a treasonous group, the Liberty Bell, Leanna discovers something surprising about her past and embarks on a harrowing escape from the authorities.

So when her mom screams and comes slamming through the front door to activate their home security system, Leanna panics. Locks? Window shields? Backup power? Were they under attack? But before mom can explain what’s happening, a bounty hunter has tapped into the intercom and is accusing mom of treason and conspiring with aliens to destroy the global economy. As biobots work to break into the house, mom loads secret files onto Leanna’s commglasses and opens the bedroom window’s protective shield.