Watching the two Deadpool movies, it's never made clear where they take place. 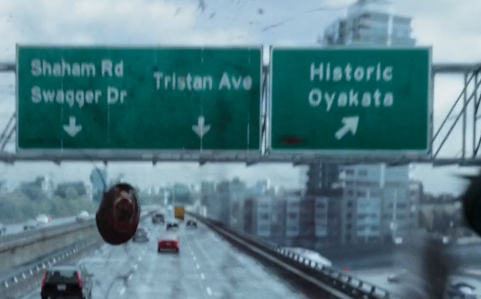 Don't feel bad if you've never heard of Oyakata -- as far as I can tell, Deadpool's sumo wrestler pal only ever appeared in one issue of the comic (and also a guidebook). Maybe the character meant something special to a member of the production team, or perhaps they just wanted to make a really deep cut for diehard fans.

At least a couple of these names are easy to match up. Shaham Rd and Silver Ave point to Tamar Shaham and Scott Aaron Silver, two people who worked on visual effects for the movie. It's prooobably safe to assume that Swagger and Grayson refer to other crew members or friends of the production team, but "Tristan Ave" sticks out as the only first name of the bunch. If everyone's okay with it, I'll go ahead and take credit as the Tristan in this easter egg 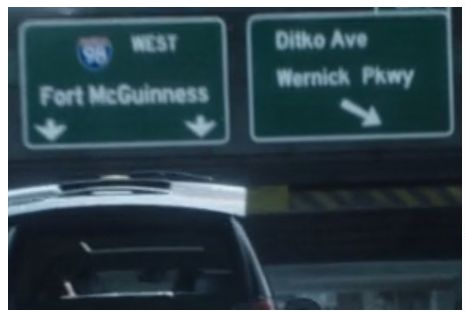 Starting from the left, the Fort McGuiness exit is for sure a call-out to Ed McGuinness, a classic Deadpool illustrator. "Wernick Pkwy" is no doubt a reference to Paul Wernick, one of the screenwriters. The top-right is especially interesting though, since it's unmistakably a tribute to Steve Ditko, a legendary comic book artist known best for co-creating Spider-Man. It's fitting, since Wade Wilson owes a lot of his design to Marvel's resident wall-crawler.

it's never made clear where they take place