Super Scream In one instance, Superman was shown to have the ability to project a "super scream" from his vocal cords. He used this ability to cancel out the impending threat of an already exploding nuclear detonation.

Super Scream – Superman can project devastating frequencies from his vocal cords, the upper limit of which has never been shown. However, Superman has used the ability to counter the threat of an already impending nuclear explosion and to destroy the essence of Darkseid while he possessed the Miracle Machine. The latter feat was accomplished when Superman sang a note at such a frequency that it countered Darkseid’s own vibrational frequency and destroyed his essence. However, he usually uses lesser forms of this attack in combat to stagger foes or get the upper hand, as using it to its full extent could be devastating to the environment around him. 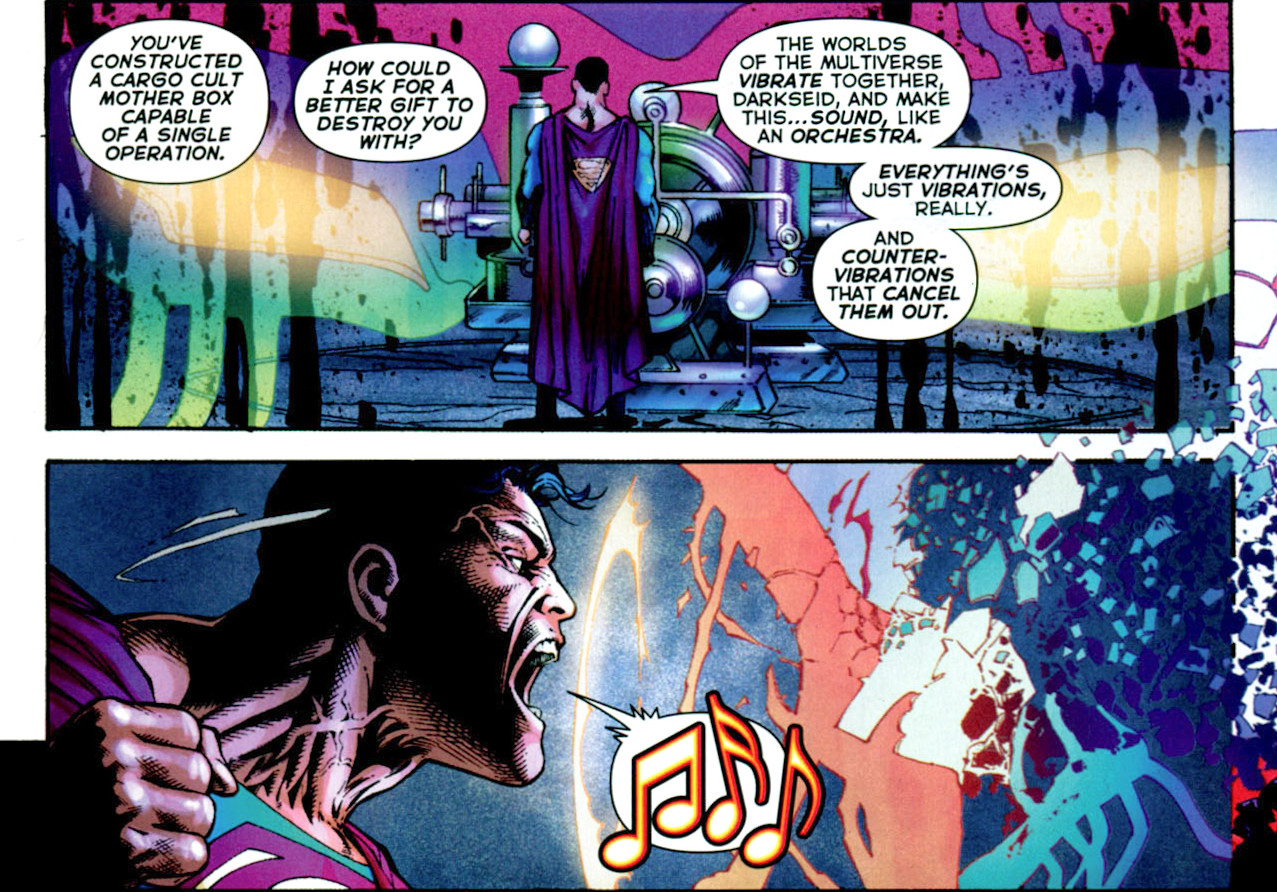